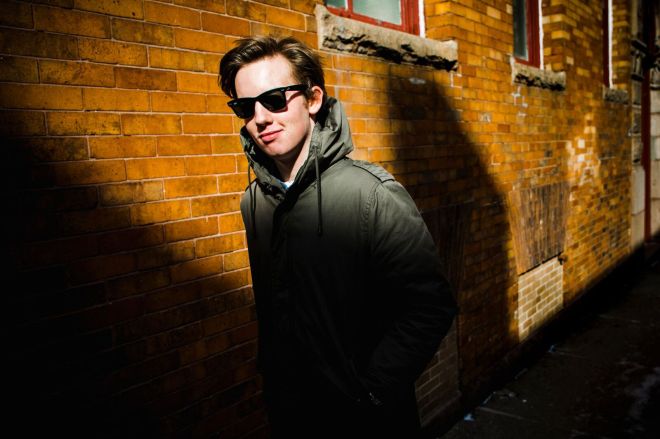 At just eighteen years of age, Quinn Sullivan has packed some extraordinary experiences into his decade-long career. Sharing the stage with the legendary Buddy Guy, Eric Clapton and Joe Bonamassa, just to name a few, including performances at venues such as the Hollywood Bowl and Madison Square Garden, the teenage veteran has now just released his third studio album, Midnight Highway, which we’ve had on repeat for a good few weeks now, leading up to our chat with the man himself.

“I started playing guitar when I was three years old,” Sullivan revealed, as we began discussing the beginnings of his impressive musical journey. “My parents are avid music lovers, so they turned me onto a lot of great music by The Beatles, The Rolling Stones and The Grateful Dead, while taking me to a lot of festivals around our area too. My dad plays a little bit of drums and while mum can’t play anything she would always share her record collection with me, so between the two of them I developed a wide range of influences,” he admit. “By the time I turned five I started taking guitar lessons and I guess I just got more serious about it as the years went on.”

Fast-forward three years to April of 2007 and a now eight year old Quinn Sullivan… “I was first introduced to Buddy Guy on the Crossroads [Guitar Festival] DVD, my dad had brought, so when I found out he was coming to play a show in my hometown I knew I had to go. I remember dressing up in a suit with a polka dot die,” he added with a laugh, “not because I knew I was going to meet him or play with him, but just because I was a huge fan and thought I better do this guy justice..”

“So we went along to the show which was at a place called the Zeiterion Theatre and found our way backstage,” Sullivan continued, clearly remembering and explaining the occasion as if it had just happened yesterday. “He [Buddy] didn’t have to meet me or spend any time on me at all, but he was so generous and such a genuinely nice person, that he happily did, soon asking me to play a few licks on the guitar. After I did that he basically said, ‘be ready when I call you,’ and the rest is history! I went up on stage that night and played with him and ever since he’s been my mentor and is basically the reason why I’m here today. I owe a lot to that guy.” 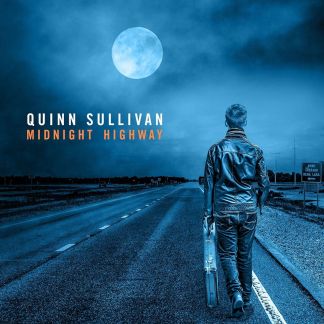 Now fast forward another ten years and Quinn Sullivan is releasing his third studio record, Midnight Highway.. A record, he admits, to being ‘very proud of..’ “Midnight Highway is the first album of mine that has been released world wide, so I’m really excited that the rest of the world will get to hear it because it means a lot to me.”

“It definitely was quite different to the last two records,” Sullivan acknowledges, when asked about the creative process of the record. “I recorded this one in a studio called Blackwood in Nashville, Tennessee with Tom Hambridge who is an excellent producer and songwriter. We co-wrote a lot of the songs on this album together actually,” he continued. “Songwriting definitely became a bigger part for me with this record, which I really wanted, so it was very helpful having Tom by my side for that, because he taught me a lot, for sure.”

When it comes to the message Sullivan hopes fans take away from this record, “It’s about never giving up. I’ve been doing this for about ten years now and it has been a long road, but you just have to keep going with what you’re doing and never give up,” the teenager, clearly wise beyond his years, declares. “I think the title track explains that perfectly with the lyrics, ‘You’ve gotta keep rolling, you’ve gotta keep riding down that highway,’ because the highway is a metaphor for what I’ve been up to for the last decade. I’ve been on this ride for a long time now and I’m only going to continue on this journey.”

“We’ve got a lot of East Coast shows coming up,” Sullivan responded when asked about his touring plans, following the release. “I’m off to Europe in summer for one show in Norway then another in Switzerland, but I think the plan is to go back there again for a full tour next year. I’m just having a lot of fun getting out there and playing all of these songs,” he enthusiastically reassured us. “We did the first show in Canada recently and it was great. It’s just so good to finally see how people react to the new tracks. I graduate school on June 1st, so after that it’s go time!” he chuckled.

“I hope we can make it to New Zealand some day! I’ve made it out to India but never all the way down to Australia or New Zealand, so would love to get there!”

On the topic of school, we went on to talk about the struggles of juggling normal teenage life and his fast-growing career. “I tried home-schooling for a bit but didn’t really like it much, so I went back to normal school where I’m a senior this year, which has been interesting,” he laughed. “It was a lot easier in middle school because I would just leave for one or two days, but when it came to freshman year and I started touring a lot more, it definitely took some getting used to,” he confessed. “I remember the first big stretch in freshman year where I took 2 weeks off and came back to a lot of work which wasn’t fun, but I hate to say this year has pretty much been a breeze! It hasn’t been too strenuous, so I’m very lucky in that way that I’m able to make both things work together.”

So with school almost completely out of the way and a new record under his belt, Sullivan took some time to reflect on his most memorable career experiences thus far, happily sharing the ‘fairy-tale’ moment with us.

“Both go under the category of playing Crossroads [Festival],” he announced, without a second thought. “That to me was the biggest deal in the world. It was Eric Clapton’s Crossroads Guitar Festival in 2013 that I did with Buddy Guy and it was a memory I will never forget. It was almost a blur because I couldn’t believe my little 13 year old self was there playing this festival, it’s unheard of, so for me to be able to have done that is truly amazing and such an honour,” he acknowledged. “As a little kid growing up having listened to all of these guys, to suddenly be surrounded by them and treated as their peer was like a fairy tale,” he gleefully expressed, before happily passing on some sensible advice in conclusion..

“Stay true to what you’re doing and just keep going. If you’re in the moment and loving what you’re doing then you can’t give up and that love will drive you. There may be a lot of hard times that you have to work through, so keep that determination, which can even be hard for me sometimes,” he added truthfully, “but I definitely know what’s important and what’s in front of me. You have to be motivated to want it, because not everything is always fun and games.. It takes a while as everything is a work in progress, but if truly want to achieve something you will put the work in and it will be worth it.”