I was born and raised in Wellington. My Dad is an actor who worked solidly in theatre as I was growing up and my Mum taught acting, clowning and ran performing arts schools. While my parents always encouraged me to have a big imagination, there was never any pressure to become an actor. They knew I understood the realities of acting and how hard it could be, but as challenging and draining both emotionally and mentally, it’s also incredibly rewarding and wonderful. One of the fucked up things about how the arts are funded in this country is that there’s no job security – it’s feast or famine and I’m just very lucky that my parents really understood what that meant and have always supported me.

Throughout intermediate and high school I was quite badly bullied so didn’t want to do anything that would bring attention to myself. As teenagers we’re afraid of everything, particularly ourselves, and putting yourself out there was not a very cool thing to do. I don’t say this negatively, but I was also a bit of a nerd. There was a period in sixth form where I had a great teacher and friends who were also interested in drama so we supported each other, but I think tall poppy syndrome definitely played its part.

I don’t remember there being a specific moment where I thought, ‘I want to be an actress,’ but acting had always been something I enjoyed. After high school I had a gap year and worked a number of different jobs before auditioning for drama school when I was nineteen years old. My first year at Toi Whakaari was potentially the worst year of my adulthood – it was very hard and traumatic! It wasn’t until about halfway through my third year that I really started to understand what it meant for acting to be your life and your job. I remember watching a professional production of Othello where my Dad played the part of Iago and just watching all of these actors that I had grown up around in the rehearsal room, bring a sense of self to their craft and work, I suddenly realised that acting is a real job, a real commitment and it’s not easy.

Just before I graduated I got cast in the film Second Hand Wedding. We had a lot of modules and book work to do as part of our degree, but being the nerd that I was, I had basically done everything that I needed to do to pass, which meant I could just spend my time on set. We’d done on-screen work at drama school before, but not like this. I’ll never forget how much I was shitting myself on my first day – I’d be walking and talking and suddenly forget how to do the two at the same time, so I’d forget to say my words and it was terrifying. I watch it now and can still see a little bit of the terror in my eyes, but as terrifying as it was, it was also great fun and everyone was so nice to me.

When the last season of Outrageous Fortune finished I was devastated. I thought I may as well quit acting because there goes the only job I’ve pretty much ever wanted! Then when I was working at Pro Actors, the brief came in for a six part historical drama series called Westside. I subbed for a couple of roles but they ended up wanting to see a self-tape. I remember dressing up, doing the audition then being shortlisted and waiting for about three weeks. I was at the tip with my my bosses wife when he called me up to say to, ‘You’re going to Auckland, you’ve got the part!’ and two weeks later I was here.

I remember reading the script and thinking, I know who Carol is and I already love her. There are so many women in New Zealand who are Carol and I immediately knew that she lived inside of me a little bit. I get quite emotional for her, particularly throughout this season that we’re shooting at the moment. I think what the writers have done with the three main female characters is so beautiful and genius. You’ve got Rita, the steel fire, and Ngaire who we also know from Outrageous Fortune and those women are fierce. The genius thing about the trio is that Carol gives us the ability to see that Rita really is very loving and kind and that she can be loyal and patient, because Carol only ever wants the best. It has also been great to explore a comic character with truth. I really fight for her and won’t allow her to be taken the mickey of or be the butt of every joke because she has some strength in there too. People come up to me and they are Carols’. They have truly heartbreaking stories about not being able to have children and they really identify with her character and I’m sure that if Carol did exist in this parallel universe she would love to drink some bernadino with them!

The one challenge that I almost didn’t realise I was battling with as an actress was ‘image.’ Now that I’ve made myself aware of that, I’m exploring it rather than fighting it. I try not to buy into that side of being an actress. I don’t tend to brush my hair everyday or wear make-up and sometimes I dress like an eleven year old boy, but now that I’m older and I understand why it exists and is important for some people, I see that it’s not necessarily a bad thing. There are so many beautiful people and for some, getting up in the morning and doing their make-up is who they are. That’s their armour in the world and embracing that and knowing that, is okay. Because I’ve never felt like the ‘beautiful actress’ and I play a role like Carol, which for a lot of people in Auckland is how they know me, I think I’ve worked very hard to be taken seriously for my skill and talent and in making that a positive for myself rather than a ‘fuck you’ to the world, because you get nothing out of that.

The biggest thing I’ve learnt is that you and your work, whatever role or job you’re doing, deserves the respect of you investing hard work into it. I think a lot of people think that acting is as simple as learning lines and playing a character, but it is up to you to really make that character come to life. Everyone else working with or around you is also there to do their own job so you’re the only one that can make it happen and don’t be ashamed to be a nerd and put some work in, because it will pay off.

Because we are a small country we’re able to go deep into who we are in a lot of the work that we do as the pool is much smaller. However, I do think that we still have a long way to go before we can really be proud of ourselves as a country. We seem to coast on this clean green image and the idea that everybody’s okay and we’re just one big family,  which may have worked fifty years ago… While we’re definitely not perfect, I think maybe we’re closer to coming to the realisation that we need to do some work in order to get there. At least with our current government and the art, music, film and television that are being made, we’re prepared to look at our failings in a way that I believe some of those bigger countries aren’t. Child poverty to me is the biggest issue we need to sort out, alongside our education and mental health systems. The fact that we as a country are prepared to give forty million dollars to a sailing boat to win a race while children are hungry and not going to school is absolutely mind-boggling.

I believe that everybody has the potential to do some real good and by that I mean for themselves and others. It is the communities of people coming together and creating gardens or cleaning up rivers that truly inspire me. Then I think about what Sophie Roberts, the artistic director of the Silo Theatre Company and the team there are doing with stepping up and looking at shit that is tough. They’re having the conversations about topics that make people feel uncomfortable and while you may think that in the big scheme of helping the world it’s not doing much, every little bit counts. 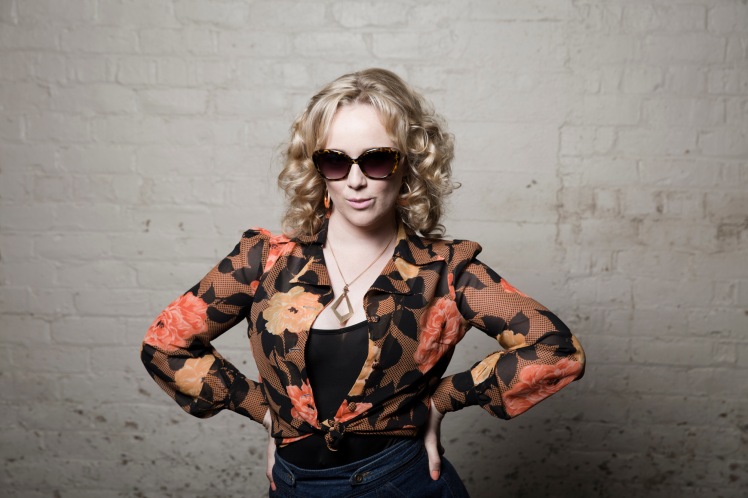