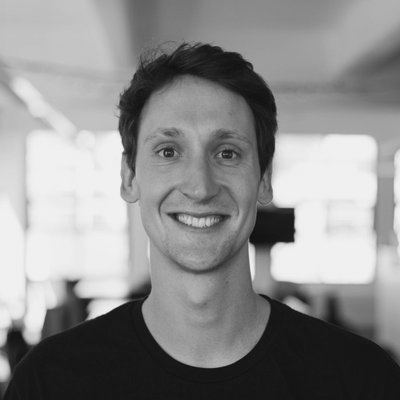 Growing up in Waikanae, a small town on the Kapiti Coast, I was one of six boys, so it was always mayhem in our house. Going through school seemed like a total waste of time to me, because  everything we were learning felt so irrelevant to real life.  It wasn’t until I later became a teacher myself that I suddenly saw all of these kids who were just like me, it was a huge eye opener. They were struggling to connect with the school system and I could see them heading down the path to bad behavioural problems that I had once been on.

From my point of view, doing well in school seemed to give you tons of options to go on to further study or a high paying job, so I thought that maybe if I could find a way to engage these kids a bit more, then we can encourage and help them to do a little better.

I’ve always thought it’s crazy that these young people who have grown up in a digital world, go to school where they are then told to turn off their cellphones, sit in a classroom and learn from one hundred year old materials, for what? So it was really this belief that schools are such a misrepresentation of the real world that sparked my idea to create LearnCoach, which essentially uses technology to break down those barriers of space and time when it comes to learning. We launched with just a couple of online classes, which by the end of the first week had been watched by 150 students. After a month, that rose to 4,000 students and fast forward to today, there are 150,000 and approximately 70% of high school students using LearnCoach.

In my opinion, there are two really important aspects to schooling. Firstly, you’ve got the academia, learning side of the equation, but then you also have the social aspect of education which is just as imperative. Whilst there are definitely benefits to technology, such as accessibility, flexibility and personalisation, where it really lacks, is social engagement. Those peer to peer relationships you develop whilst at school are so important when learning to become a part of society. While there are pockets of it, my hope is that as technology advances, it will become less isolating, so as opposed to taking time and energy away from the social facets of your life, it creates more time and energy to free people up to spend time together doing what they want.

Having a side project alongside a full time job, isn’t easy. It has to be something that you’re either very passionate about, or that you believe in one hundred percent, because most of the time, it just feels hard, but hard is okay, as long as you believe it is worth it. From day one I felt like LearnCoach was worth putting my time into, because I felt that it was very important. At the time, there was no guarantee that it wasn’t going to fall over and fail, but worst case scenario if that were to happen, at least I’d have some good stories to tell.

A lot of our struggles in the early days were due to finances. It’s not easy watching your friends enter corporate careers, earn big dollars and buy houses, when instead you’re pouring all of your savings into this idea that may never go anywhere. There comes a time when you’re putting all of your energy and spare time into a project, that you have to stop and realise that while you believe what you’re doing is great, you may not have the capacity to keep it going and I certainly felt that at times. When LearnCoach started to grow, I didn’t have the resources or time to make it work on my own, which meant employing other people to keep it running, which again meant more costs that I didn’t have. It took eighteen months of very hard work before LearnCoach became my full time priority and it definitely wasn’t easy, but I’m so glad we made it through.

What gave me a lot of hope was that more and more people seemed to be using the site. Receiving emails from teenagers who say that LearnCoach has really helped them, has been incredibly encouraging to me along the way. There was a lot of luck involved as much as anything else. I always knew the idea was good, and I’d hoped it would go well, but I never actually thought it would work, so to see it click with people and go even further than I expected has been pretty special.

The way it works is, LearnCoach is basically built up of video playlists. The first step you take is to watch the lessons related to your subject and then you’re going to practice answering some questions about what you’ve learnt. The final step is sitting a test or an exam, there’s cheating software built into the system, so your camera and microphone is on, it’s essentially like there is a virtual examiner present. At the moment, we’re actually trying to create assessments that aren’t strict tests as such, but more like long term projects. For example, there’s a fifteen year old girl who wants to be a rapper and her project is to create a rap album. We can give her music credits for penning the lyrics and the way she presents it on stage and media studies credits for how she promotes it. It’s about using technology as a platform to personalise learning for each individual, so suddenly education can become about learning real skills that are more suited to individuals and the careers they’re interested in.

Theoretically, we’ve made a virtual school that can work anywhere for very low cost. We’ve been registered in New Zealand as an actual online school platform, meaning we can include tests and courses that count towards students NCEA credits and results. We’ve also just been approved to branch out into further subjects, meaning that if this continues, people will be able to do all of their schooling through our website from anywhere in the world.

Our goal is to definitely get LearnCoach up and running in other countries, but there are a lot of little details we want to make sure we’ve got right first. Last week I was setting up some pilots in South Africa, so we can get education out to the local villages that don’t have enough teachers, or where kids can’t get to school. The goal is to make it really cheap, fast and easy for people to get qualifications and once that platform is proven to be working well in New Zealand, then it is really quite easy to swap out the content and curriculum to make it applicable to those in other countries.

Success to me means having an impact. In terms of LearnCoach, I hope that in the future, that impact is giving people more opportunities in life. It’s really empowering when people believe they can do anything. Education seems to be in this unique position where for some reason, if you have good qualifications or you’re highly qualified, you get far better options than than those who don’t, which is not fair. We’re using LearnCoach to level that playing field and give everyone greater opportunities. It’s not necessarily about reaching the most people in terms of numbers, but it’s about deepening that impact with each individual.

Winning the Young New Zealander of The Year Award [2018] gave me a very big boost, I was delighted. Suddenly I had a lot of credibility which gave me more of a chance to get in front of people and build partnerships. Getting taken more seriously sounds like such a small feat, but it makes a huge difference when you’re trying to get the ball rolling, because if nothing else, people are just curious as to what you’ve done to get that title.

The one thing in my opinion that makes New Zealander’s so unique is our can-do attitude. We are not afraid to just give something a try which I think is great. I also love that we’re not status based, so you could meet someone who is the CEO of a large company and they’ll take you as seriously and be as respectful to you, as they would, if you were a janitor. Everyone treating each other more or less as equals and being encouraging of one another is an incredible trait to have.